I love making sweets! A few weeks ago, a friend of mine had a bunch of girls over for a tea gathering and I thought this was a great time to try out this new recipe. Most of the time when I take a dessert somewhere, it's the first time that I have tried it. It's a little bit risky but usually turns out just great. These cupcakes will taste just like the cookies and will leave you wanting more!
2 sticks unsalted butter
1 cup sugar
2 tsp vanilla
2 eggs
3/4 tsp baking soda
3/4 tsp baking powder
3/4 tsp cream of tarter
3/4 tsp freshly grated nutmeg
3/4 tsp cinnamon
1 and 1/4 cup sour cream
2 and 1/4 cups flour
1 cup sugar
2 tablespoons cinnamon
1. Preheat oven to 350 degrees. In a mixing bowl, cream together butter and sugar until completely combined. Add in vanilla. Add in eggs one at a time, mixing between.
2. In a different mixing bowl, combine flour, baking soda, baking power, cream of tarter, nutmeg and cinnamon.
3. Add the flour mixture and sour cream to egg mixture, rotating between; starting with flour and ending with flour.
4. Drop tablespoons of cupcake batter into cinnamon sugar mixture. I used an ice cream scoop to help. Cover the cupcake batter completely and then place in greased muffin pan.
5. Bake for 20-22 minutes. Allow the cupcakes to sit in muffin tin for a few minutes before removing and placing on wire rack. 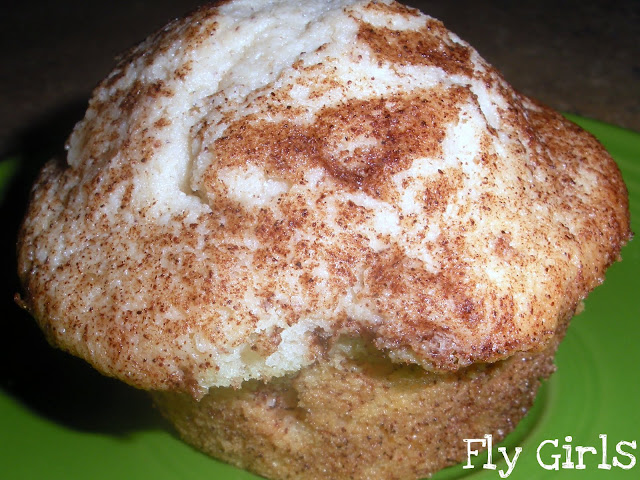 Recipe from Culinary Concoctions by PeaBody